Chief Strategy Officer @ Intercom
Des Traynor is the chief strategy officer and co-founder of Intercom. Before that, Des was a software engineer, UX designer, and tech blogger.

Who is Des Traynor?

Des Traynor is the chief strategy officer and co-founder of Intercom. Before that, Des was a software engineer, UX designer, and tech blogger. Inspired by these experiences — and the connections formed through them — that Des eventually became one of the co-founders of Intercom.

Des first stepped into the tech world one March in Dublin, Ireland, when his mother purchased an Amiga 500.

It was on this machine that Des developed his interest in computing, a passion that (in his view) led him to pursue a degree in software engineering.

What is Des Traynor known for?

While Des writes, designs, and leads in various areas of tech, he is primarily known for being one of the four co-founders of Intercom — a service that facilitates communication between businesses and customers across multiple channels.

The company was funded with the money the founders made off of another service, Exceptional, which they sold in 2011.

In 2012, one of Twitter's co-founders invested in Intercom, followed by other influential backers.

What are Des Traynor's tips for product improvement?

In various blogs and podcasts, Des has outlined some of his (and Intercom's) strategies when it comes to improving the products you ship. Below are three key pieces of advice Des discusses when considering how to improve the product development process.

Start with the problem

First, Des is a firm believer in starting with the problem. This is one of the core principles behind Intercom's approach to development. The idea behind this strategy is to avoid creating a product for a customer that doesn't exist.

It's easy to get caught up in a new idea, discovery, or bout of creativity without assessing the opportunity through the eyes of the business. Starting with a problem that you aim to solve reorients your product development approach. The products you create have a specific goal and, ideally, a specific market too.

Find and stick to your principles

Another tip that Des shares is sticking to your principles. In business, a principle is a fundamental truth that guides your behavior during the product development cycle. By creating and sticking to principles, your behavior becomes more predictable, alterable, and repeatable.

These things are key, as they allow you to recreate your successes and learn from your mistakes. Development teams should come up with their own principles, shaping and changing them over time. At Intercom, Des works with around thirteen product development principles.

Outcome is greater than output

Lastly, Des believes that too much focus has been placed on output in the last decade.

There’s a reason for this, of course — the more a startup ships, the more they learn and thrive. But this approach can also create a product “vacuum”, where not enough time (if any) is spent assessing the impact a product makes.

According to Des, teams should not only focus on getting a product out in the world, but also analyze the product's life after it's been shipped.

Who is Des Traynor?
Des Traynor is one of the co-founders of Intercom. Starting as a software engineer, he's become an important figurehead and voice within the tech industry.
What is Intercom?
Intercom is a tech company that was founded in 2011. Intercom provides multichannel communication between businesses and their customers. This makes it easier for companies to communicate with existing and prospective customers, regardless of their preferred method of communication. 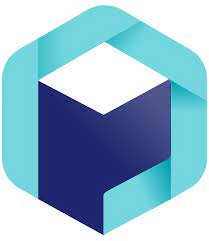